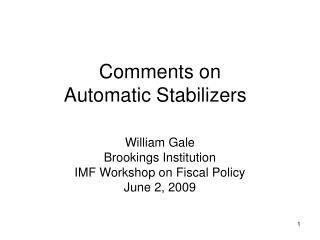 How to Working of Servo Voltage Stabilizer? - It is the management routine which manages the servo engine. an arm of the

Automatic Stabilizers - . tools embedded in the economy t hat respond to the different phases of the business cycle. they