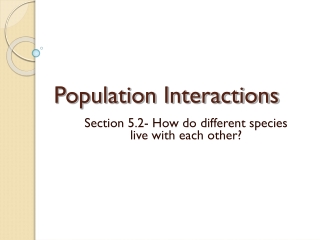 Population Interactions. Section 5.2- How do different species live with each other?. An Organism’s Niche. The unique role of a species within an ecosystem is its niche .