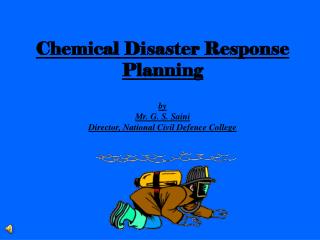 Chemical Disaster Response Planning by Mr. G. S. Saini Director, National Civil Defence College . Scenario #1. You are a Safety officer of your Plant. You receive a call from a worker reporting a person down, clutching his throat and coughing.