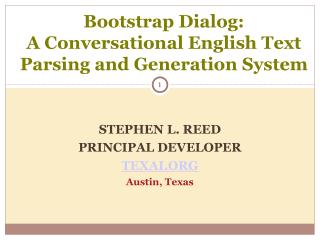 Lead-in - . zhang haidi. beethoven. mozart. who are they? do you know their names and stories?. stephen hawking stephen

Anchor Text : Dangerous Crossing by Stephen Krensky - Essential question: . how do i explain relationships or

Habit #3 Put First Things First Based on the work of Stephen Covey - . i spend my time on things that are most important.