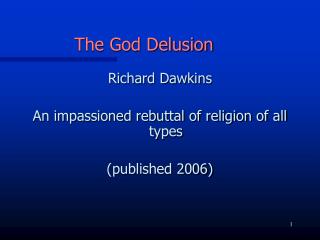 The Delusion of Waves of Democratization - . by anna, ike, jamal, zerul. the delusion. huntington’s claims. democracy

Is belief in God a delusion? A response to Richard Dawkins - . “ it has been a good year for atheists…” the times,