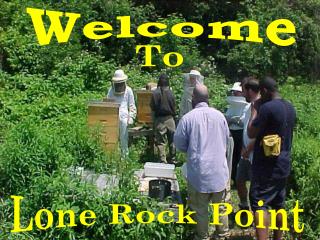 Welcome. To. Lone Rock Point. We're the Apiarists of Lone Rock Point. Liz. Joy. Nate. Our Purpose. Our purpose was to explore the natural environment by studying the bees and their relationship to tree pollination.