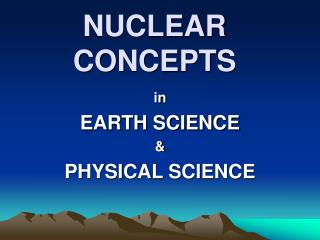 Nuclear - . radioactivity. one of the pieces of evidence for the fact that atoms are made of smaller particles came from

Concepts - . definition of concepts. a concept is a political phenomenon that varies from low to high it is