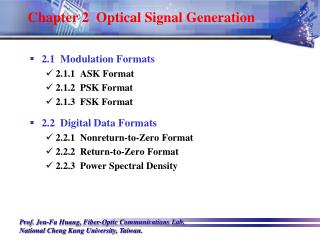 National Cheng Kung University, Taiwan. The optical carrier before modulation is in the form of a continuous wave (CW) and its electric field can be written as ...