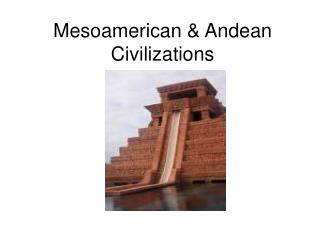 Mesoamerican & Andean Civilizations. Mesoamerica. In what is now southern Mexico and Central America Rain forests cover the region Fertile soil made this a good area for farming People first appeared in this area around 12,000 BC Maize (corn) being grown around 3500 BC. The Olmec.

EARLY CIVILIZATIONS AND THE DEVELOPMENT OF WRITING SYSTEMS IN THE WORLD - . prof. m. m. ninan. cave paintings. the oldest