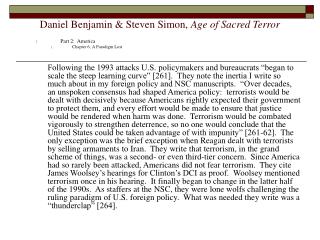 Current Paradigms in Psychopathology and Therapy - . past and present tomàs, j . what is a paradigm?. what do you

LOST SPRING by Anees Jung - . stories of stolen childhood. about the author. born in rourkela, spent her childhood and

Toward Human Level Machine Intelligence—Is it Achievable? The Need for A Paradigm Shift - Lotfi a. zadeh computer