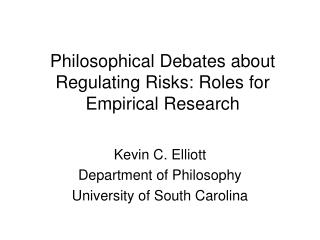 11-1 Empirical Models - . many problems in engineering and science involve exploring the relationships between two or

For philosophical reasons, … This forced Copernicus to retain … - T his radical shift … was a serious blow

Philosophical Chairs - . “ living in this gentrification environment is much more difficult for residents. actually

Philosophical Roots of Education - . chapter 2. branches of philosophy: metaphysics. metaphysics: what is the nature of