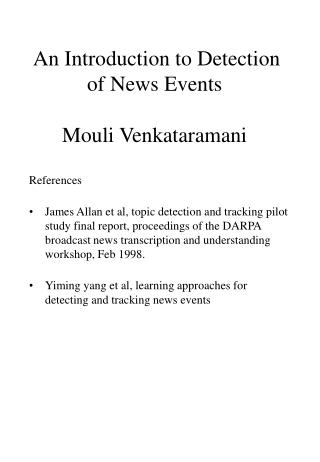 An Introduction to Detection of News Events Mouli Venkataramani

An Introduction to Detection of News Events Mouli Venkataramani

Presentation for Deforestation project - . by: ming chun, shang wen, chloe and amanda the interesting thing is at the

07-T061 Getting the best use of CCTV in the Railways - . presentation outline. project objectives project teams overall