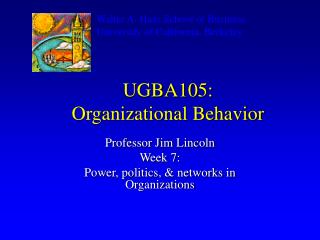 Power: Its Uses and Abuses in Organizations - . chapter 12. learning objectives. define the nature of influence in

Introduction to Organizational Behavior (OB) - . savita damle. how effective are you at what you do? where do you have an

Organizational Behavior: Perception - . food survey . last month, a world-wide survey was conducted by the un. the only