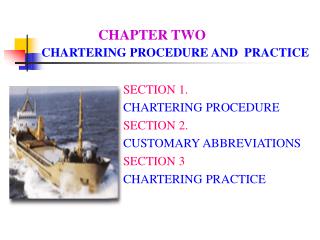 Chapter 12, Section 4 - . “feudal powers in japan”. shintoism. japan around the 1 st century b.c. was organized into

Re-Chartering BMWG - . we have a solid general charter. but read it over, is there anything we can tweak this time? this

Chapter 2 Section 2-3 - . sec 2: independence. objectives: what were two early attempts at unity among the colonies? what

Appellate Procedure and Petition Practice - . by: michael a. leonard ii.