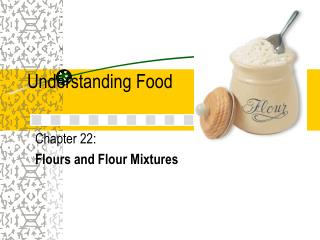 Food spoilage organisms - . lesson objective – to understand the conditions that cause food spoilage. questions. do you

Understanding food and the benefits of vitamins, minerals, and exercise - . science 2012. vocabulary. energy: the ability

Bia - Food - . in celtic times …. corn (oats, barley, wheat, and rye) and milk were the staple diet dinner was centred

GCSE Food and Nutrition - . consumer issues and advertising. learning objectives. to be able to understand consumer

Understanding the Nutritional Properties of Food - . don’t panic – you have been learning this since y7 . what

Understanding Food - . chapter 26: pies and pastries. types of pastry. all pastries fall into one of two basic types: