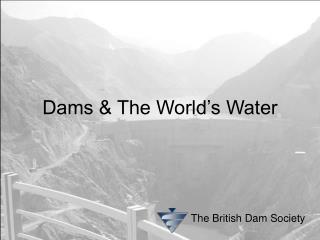 Dams & The World’s Water The British Dam Society Hoover Dam Tarbella Dam – largest in Pakistan. When built supplied 40% of Hydroelectric Power Tarbella Dam, Pakistan Karun-3 Dam in Iran Only 2.5% of the water in the world is fresh water - in glaciers, groundwater, lakes and rivers History of Photography - . name in creating your powerpoint presentation you have been marked on: 1. your depth of

“I’ve Fallen and I Can’t Get Up” Assessing Acute Collapse - . wendy blount, dvm. drblount@vonallmen.net. for

Welcome To Pastor Garry Clark’s PowerPoint presentation from the October 1 st sermon: THE LAST DAYS: Signs Of The

The Four Kinds of Sentences A PowerPoint Presentation Created by: Mrs. Perry - . let’s start with the declarative