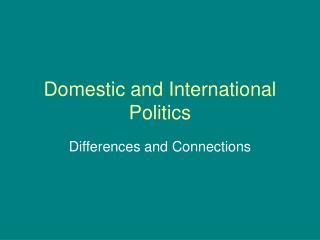 Domestic and International Politics Differences and Connections Learning Objectives At the end of this series of lectures, you should understand: Basic differences between domestic and international political arenas. The consequences of “anarchy” and “hierarchy.”

The Politics of Abortion: The Work of the Politician - . a symposium to mark the 20th anniversary of r v. morgentaler dr.

QUESTION - . do you keep abreast with the local and international news? do we agree with the remarks of that great 19 th

The Politics and Economics of International Energy (Spring 2009- E657) - . lecture 4 the functioning of the international

Domestic Violence Training for New Staff and Volunteers - . the context for our work self care and other practices that