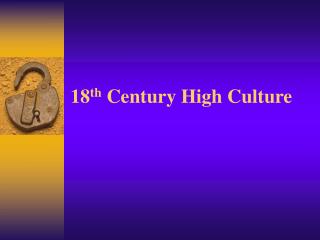 18 th Century High Culture. Travel. Elites began to travel for pleasure in greater numbers than ever before. The “grand tour” of Europe became a must for the cultured. People wished to see the ruins of antiquity and the new urban centers throughout Europe.

THE SOCIAL ORDER OF THE 18 TH CENTURY - . social status not determined by wealth/economics -&gt; based on traditional

06. 18 th Century Colonial America - . purpose: to gain an understanding of how politics, society, and culture evolved in

5HUM0271 Politics and Culture in Eighteenth-Century Britain - . lecture 9: the enlightenment. what do historians mean by

PRESENTATION OF BREAD CULTURE AND FERMANTATION PREPARED BY 2000 EVLER ANATOLIAN HIGH SCHOOL - . a brief history of

Patrician Society – Plebeian Culture – Rise of the Middle Class? - . sorts of people in the eighteenth century.

18 th Century Popular Culture - . popular literature. designed for those who could barely read or what was going to be

Satire and the 18 th Century! - . definition of satire. a literary work that ridicules its subject through the use of

American Society in the 18th Century - . influence of geography isolated by 3000 miles isolated by wilderness largely