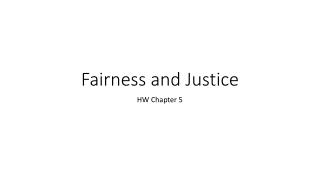 We discuss the rights and wrongs of capitalism and redistribution in this Powerpoint. Chapter 5 Work - . focal questions. what are the most important trends in the pattern of employment in britain today?

Chapter 5: Work - . work is the transfer of energy that occurs when a force makes an object move. energy is always

Chapter 5 Work - . focal questions. what are the most important trends in the pattern of employment in britain today? why

Highway 5-Honest communication - . like the other highways, this one builds on the highways before it. #2 – risk taking

Chapter 5 Work and Energy - . section 5.1 work. work is done on an object only when a net force acts on the object to

Chapter 5 Work and Energy - . every † branch of science is concerned with energy. that being the case, you would think

Chapter 5: Work and Machines - . making work easier for us. section 5.1: work. what is work? list some examples of work:

Chapter 5 Motivation at Work - . learning outcomes. definition of motivation. motivation - the process of arousing and

Chapter 5: Work and Energy - . 5-1 what is work. is any work done in these situations? you hold a heavy chair at arm’s

Chapter 5 How Ecosystems Work - . learning targets. i can describe the ecological importance of photosynthesis and

CHAPTER 5 Work and Energy - Work: work done by an agent exerting a constant force is defined as the product of the