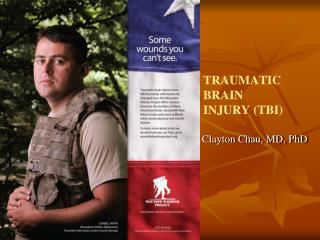 TRAUMATIC BRAIN INJURY (TBI). Clayton Chau, MD, PhD. Blast is the signature weapon and TBI is the signature injury of the conflicts in Iraq and Afghanistan. Lieutenant General Eric Schoomaker, the 42 nd Surgeon General of the US Army. What is TBI.

Understanding Traumatic Brain Injury (TBI) - . introduction. what is tbi? how does it occur? who typically experiences a

Traumatic Brain Injury - . by: shauna rowland. what is