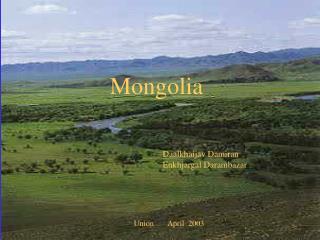 Mongolia - . geography. mongolia is in asia, placed in between china and russia. it’s features…. the terrain is one

MONGOLIA - . landlocked in east and central asia. it borders russia to the north and china to the south, east and west. .