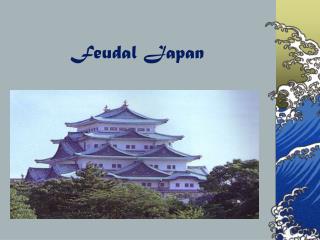 Feudal Japan. The Creation. A mythical story is told about the beginnings of Japan. Long ago the islands of Japan did not even exist, only ocean. A god and goddess looked down from the heavens above and saw a long, colorful rainbow streaking over the ocean. The Creation.

Feudal Japan: The Tokugawa &amp; Samurai - . global history i: spiconardi. the samurai. bushido  the way of the

Japan’s Feudal Age - . japanese feudalism emerges. due to a struggle for power within armies-a feudal system in japan

Feudal Japanese Society - . historians believe that three factors led to the rise of feudalism in japan during the

Japan’s Feudal Age - . world history ms. costas. japan falls into a time of trouble. towards the end of the heian