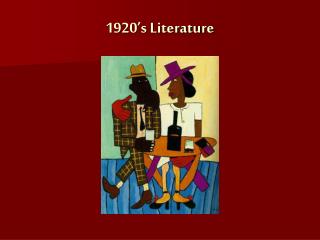 1920’s Literature. F. Scott Fitzgerald. The 1920's, also known as the Jazz Age, were wild times, and Francis Scott Key Fitzgerald was its king. He coined the phrase “The Jazz Age,” and his short stories and novels captured the essence of the Roaring Twenties.

“The Roaring Twenties” and F. Scott Fitzgerald - . is there a connection between history and literature?. today we