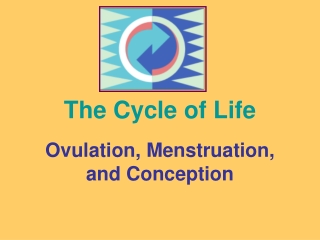 Ovulation, Menstruation, and Conception. The Cycle of Life. Ovulation  is the release of egg from the ovaries. . The O-M Cycle. Many individuals only talk about the menstruation cycle. We’ll talk about these events as parts of one cycle.

How Does Birth Control Impact Ovulation And Conception? - For women who try birth control to prevent pregnancy, the end

Menstruation and Ovulation: The Effect on Clear Thinking and Emotional Regulation

MENSTRUATION - . what is menstruation?. estrogen causes the uterine lining to thicken, form glands and increase the

Menstruation - . if fertilization does not take place menstrual cycle – a series of changes controlled by hormones that

Menstruation - . what are periods?. brainstorm what we think we know about periods:. mum. daughter. sister. wife.

Ovulation - . by erin,lucie,sarah,ciarra. what is

Ovulation - Each month, a mature egg is released from one of a woman's two ovaries -- this is called ovulation.

Menstruation 101 - . a crash course on everything you need to know about “aunt flo”. what is menstruation??. the

Ovulation Induction - Is one of fertility treatment, where experts analyze the ovulation process after analysis using

Ovulation Cycle Tracking | What is Ovulation - Are you aware of tracking ovulation time? it is clinically proven that