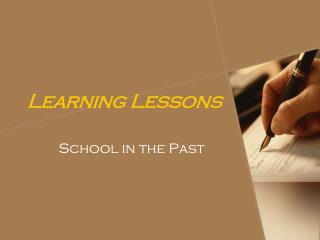 Learning Lessons - . lesson 5: writing- letter/article of opinion linking words. what are linking words?. are words that

Learning Piano Lessons from Professionals - If you like to buy grand piano, upright piano, digital pianos in melbourne,

Lessons Learned in Service-Learning - . experiences in barry universityâ€™s theology courses. what is

Learning Lessons Year By Year - . overview. hindsight is 20-20. keep that in mind. the civil war reminded us that we have

Designing Lessons to Enhance Student Learning… - . why plan?. what is a lesson plan?. teacher’s guide design for