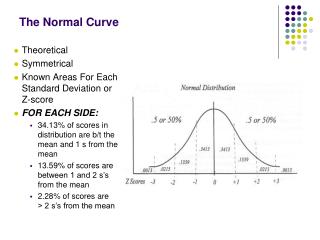 Introductory Microeconomics (ES10001) - . topic 3: production and costs. i. introduction. we now begin to look behind the

Area Under the Normal Curve Show - Assuming that we have a normal distribution, it is easy to calculate what percentage