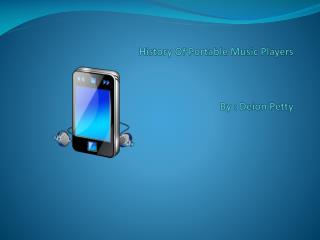 iPod Touch - . what is an ipod?. an ipod is a device that holds, photos, music, apps and loads more! we will be using the

Veto Players - . veto player. veto players are individual or collective actors whose approval is necessary to change the

Portable PCs - Chapter 14 overview in this chapter, you will learn to describe the many types of portable computing