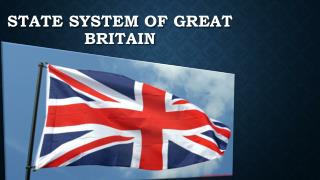 State system of Great Britain. procedure for the transfer of the throne. Great Britain - . britain is an island in the atlantic ocean and it is situated in the north-west of europe. starting

Great Britain - . made by: lyamkina yulia. satellite image of great britain . some

Great Britain - . agenda. the country the people the religion the queen their believes typically british conclusion.

GREAT BRITAIN - . the united kingdom of great britain and northern ireland. the uk consists of four main parts which are:

Great Britain - . guess who lived there……. william shakespeare. what he did. he was widely regarded as the best ‘

 Great Britain  - . clothing. costumes- very much a western society they wear very much the same as any other

GREAT BRITAIN - . britain is sometimes called the the united kingdom . the uk is an english speaking country. great