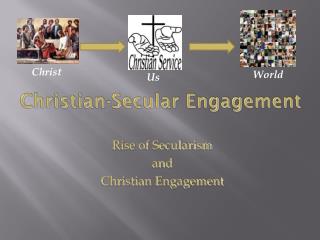 Employer Engagement at Staffordshire University - . the negotiated framework story. overview. based on existing

My abc book u.s history By christian.admire 4 5-12-11 - . a abolitionist-a person against slavery arsenal – a place to

GROWING AS A CHRISTIAN - . 2 peter 3:18. in this lesson we will:. see the directions in which a christian should grow

“The Balanced Life—Six Great Traditions of the Christian Faith” - . the evangelical tradition. defining the

Toward Creating a Theology of Christian Stewardship

What is an Anabaptist Christian? - . part 2. community is the center of our lives

Regional Engagement and Knowledge Transfer - What is meant by the term ‘engagement’? what does an engaged higher