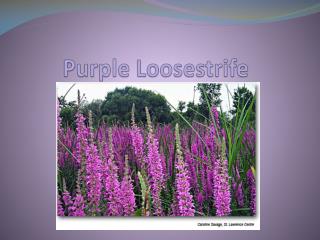 Purple Loosestrife: An Insidious Invader in the United States - . ecology and management of invasive plants nres 641 by