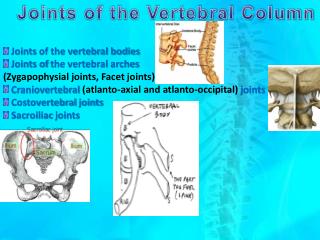 The Joints - . a study in motion. joints. joints are classified by structure and function. these can: fibrous joints.

Structure of vertebral column - The Backbone - . the forces involved. the amount of force you place on your back in