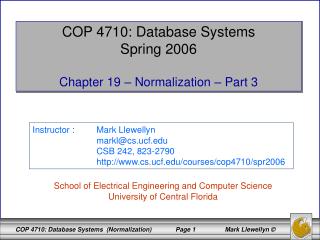 Chapter 23 - . relational databases. chapter goals. to learn how to query a database with the structured query language

Chapter 5 Relational Database Management Systems and SQL - . spring 2014. history of sql. proposed by e.f.codd in his