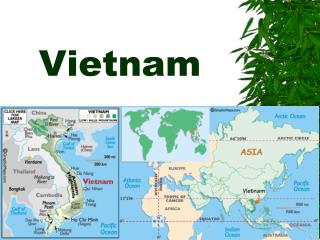 The Vietnam war - . i mean the vietnam conflict, excuse me not war!. teaching the vietnam experience. by tony miller.

Chapter 29 The Vietnam War Era - . “how did the united states confront communism in east asia after the korean

Where is Vietnam? - . history. conflict between france &amp; vietnam. the vietnam war grew out of the long conflict

Vietnam - . small group activity – vietnam csi. what to expect during this unit listen to a few tracks enjoyed by the

Vietnam is a country not a war - . vietnam. exit pass : write your answer in the summary box at the bottom of the