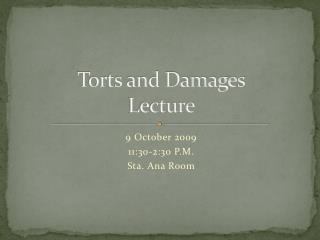 George Mason School of Law - . contracts ii warranties this file may be downloaded only by registered students in my

Business Law I Intentional Torts and Business Torts - . tort means “wrong”. a tort is a violation of a duty imposed