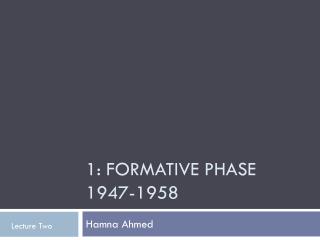 Welcome to Formative Assessment! - . fill in one word for each letter to describe your summer using the abc chart in

Formative Assessment Institute - . presented by: jennifer nehl from. outcomes. to develop a basic understanding of

The Georgia Formative Item Bank - . basics on how to find formative items, rubrics, and sample student papers in the oas.

Formative Review - . february 2014. procedures. get out a piece of paper and label it formative review pick up questions

o verview of formative assessment techniques - . carol hurney. formative . adjective of and relating to a person’s

Formative Assessment - The Journey Continues - . pershing elementary august 2011. formative vs. summative. it is

Origins of the Cold War - . after wwii. germany &amp; japan were in ruins germans were “…without houses without