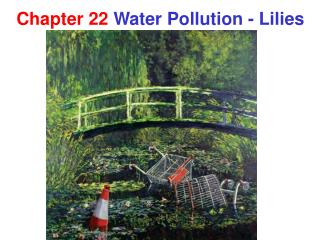 Wastewater Treatment - . purpose: to manage water discharged from homes, businesses, and industries to reduce the threat

Claude Monet - By cody adams claude monet is one of the best artists i’ve ever heard of. he was born in paris, france,