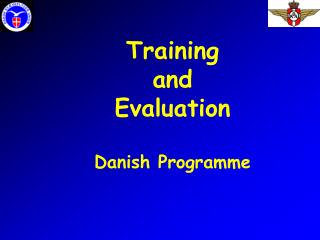 WP6: Delivery and evaluation of learning environment and training programme - . wp6 objectives. to adapt the platform,

Training Programme - . this year orni has: delivered 7 courses across 4 disciplines to a total of 111 people. creating

Training programme - The whole training is a combination of a teambuilding course and training courses: “what is

Training Evaluation - . presentation by ranjith menon. what it is?. a process of providing information to those involved

TRAINING EVALUATION - . what? why? how? so what?. definition. any attempt to obtain information (feedback) on the effects