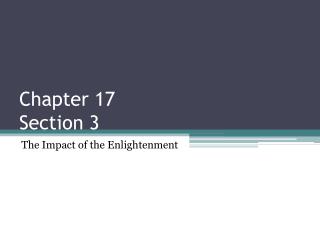 Chapter 17 Section 3. The Impact of the Enlightenment. Did you know?. Some Enlightenment thinkers believed that human reason was so powerful that one day human beings would be able to predict the condition of the entire universe in the next moment. Objectives:.