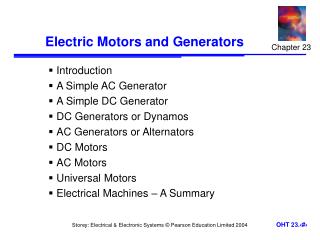 Motors and Generators - . a topic (in two parts) about the interaction between magnetic fields. assumed knowledge from

Electric motors - . activity 5. how an electric motor works. a coil of wire with a current produces a magnetic field. the