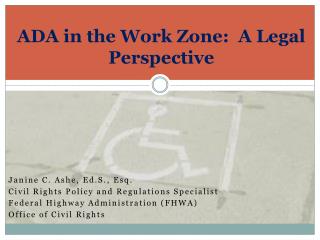 ADA in the Work Zone: A Legal Perspective ADA in the Work Zone: A Legal Perspective

DDA K1 Zone - K -1 zone will be constructed in dwarka (west and south-west) delhi. the government has future plans for

Viability of Small Refineries: Kenyan Perspective Presentation to: UNCTAD - Not an official unctad record. viability of

Limited public rights Introduction to the research project and a view on the Administration's perspective - . prof. dr.

Human Rights Principles for Legal Aid: At the Intersection of the Rules of Professional Conduct, Legal Ethics and Huma