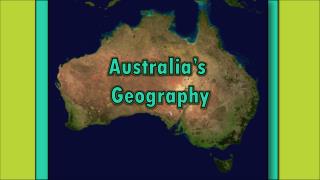 Australia - . geography. australia is located in the southern hemisphere. it is the 6 th largest country as well as the

Australia - . part one the land and the people of the dreaming the land 1. the natural environment of

Visiting Australia... - Visiting australia... the land down under click on the arrow to get to next page. anywhere in the