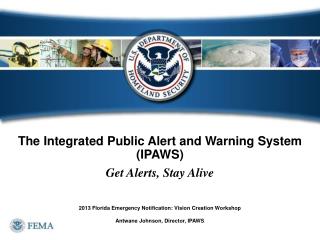 Integrated Public Alert and Warning System (IPAWS) - . who are the players? what is your role ?. integrated public alert

The Integrated System for Meteorological Surveillance, Forecast and Alert in Romania - . modernizes and integrates