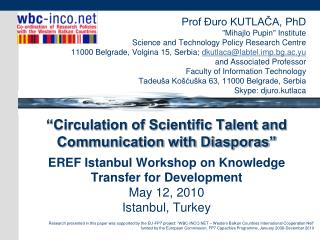 research of computer Science in California Institute of Technology - . by wang yan, 2012/5/22. brief introduction of

Institute of Science and Technology - . about us. exploring the frontiers of science, engineering, and industrial