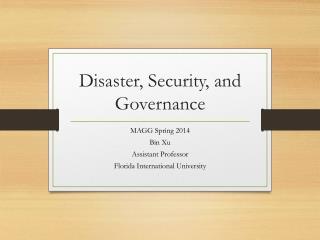 What is a disaster? - . a disaster is a natural or man made event that causes widespread loss of life, property and

DISASTER MANAGEMENT ETHICS - ? ethics is the study of standards of conduct and moral judgment .? a system or code of