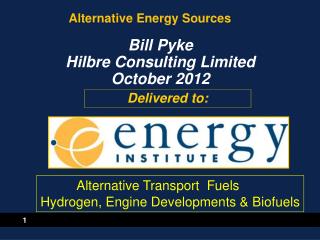 Alternative Healing - . evaluation of complementary and alternative therapies. presentation overview. nature, use, and

Nonrenewable Energy - . chapter 15. 15-1 what major sources of energy do we use?. concept 15-1a about three-quarters of