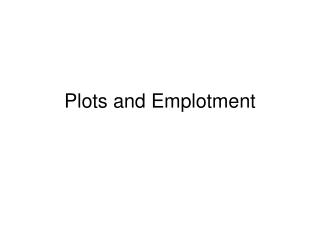 Plots and Emplotment. Story and plot. Story—the events and actions occurring over time, relating to characters Plot—the actions, events, effects as presented within the narrative may be out of sequence, may not include important parts of the story, etc. Plots and emplotment.

I first show the direct solar flux and then the reflected solar flux. These plots are from

Monday October 3 rd - . wrap up of chapter 3 -some people need to take ch 3 test -some need to finish ch 3 test -others

Statistical Graphics for the SAS System - . computing for research i 03/22/2012 n. baker. introduction to sas/graph.