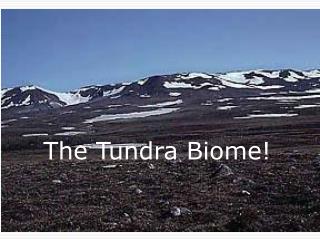 The Tundra Biome!. What does the tundra look like?. IVY Animal Discoveries - . the following slides show the various animals we discovered throughout our biome travels.

North American Biomes - . made by lauren shepard. what is a biome?. biomes are the world’s major communities where

All About the Arctic - . by: room 16. arctic land. by: nicholas. arctic sun. in the winter the sun never comes up in the

Chapter 5: Biological Communities: The Biome Concept - . the case of the cactus look-alike. cactus-like plants are common