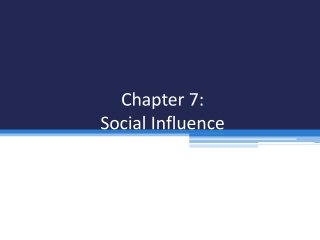 Chapter 7: Social Influence. Learning Objectives. Can situations automatically activate social norms from your memory without your awareness? Americans often admire nonconformists, but what typically happens to people who fail to conform to others' opinions or behaviors?.