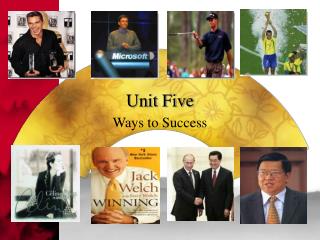 Unit Five. Ways to Success. Passage A. My Advice to Students: Education Counts. 比尔盖茨的十大人生定律. Life is not fair, get used to it. 生活是不公平的；要去适应它。 The world won"t care about your self-esteem. The world will expect you to accomplish something before you feel good about yourself.

UNIT 6 , Part 1 The Extraordinary and Fantastic - . click the mouse button or press the space bar to continue. unit 6,