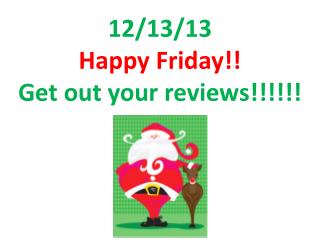 The Eagle Flies on Friday: The “Friday Effect” - . keys to unlocking gridlock in northern virginia presented by: john

The Happy Man - . - w. somerset maugham. it is a dangerous thing to order the lives of others who influence your views?

Being happy together - . do you help your mother? what did you do yesterday to make your parents happy ?. one busy

Monday – only 5 more to go  - . grab supplies &amp; get going on your warm up – we are looking at the great

Happy Friday! - . february 7, 2014. learning target: i can read scene 3 of antigone and evaluate the argument of creon

Happy Onam - Wishing all of you a peaceful and happiest